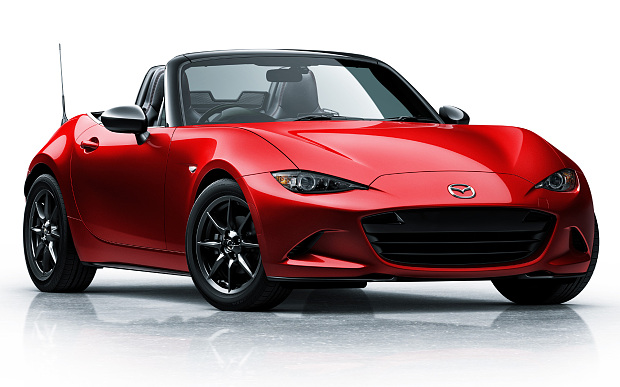 After one of the most secretive build ups in recent automotive history, the All – New Mazda MX-5 has been spectacularly unveiled in a simultaneous launch event at several locations in Spain, the USA and Japan. 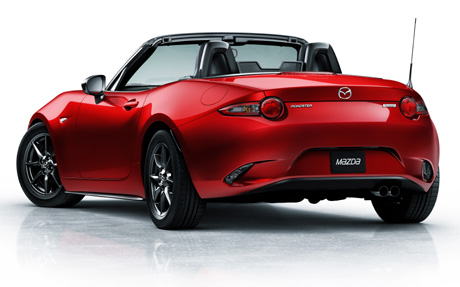 Huge excitement surrounded the launch, as the Worlds best selling 2-seater sports car of all time revealed a new leaner and meaner look! The fourth-generation model features a distinctive adaptation of the KODO – Soul of Motion design. This new edition of Mazda’s iconic roadster enhances the Jinba Ittai “rider-and-horse-as one” responsiveness and agility that has always made the MX-5 the essence of driving fun. 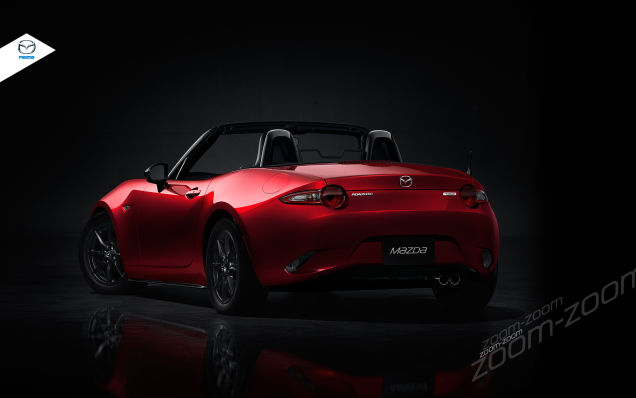 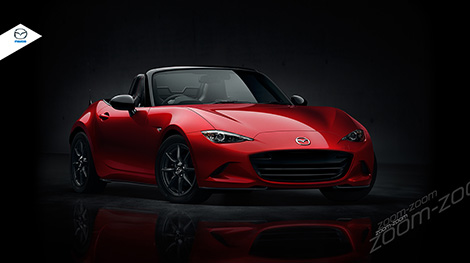 Mazda have yet to release performance figures, but based on performance of other SKYACTIV engines in the range, we can expect the most powerful of the New MX-5 engines to produce around 200bhp. As part of the engineering and performance tweaks, the new MX-5 is 105mm shorter, 10mm wider and 10mm lower than the outgoing model. Plus it features aluminium body panels to keep the weight down, and a lower bonnet and thinner windscreen surround for better visibility. Weighing 100kg less than the current outgoing model and comparable to the original model, released in 1989, the Fourth generation Mazda MX-5 offers the lowest-ever centre of gravity for even better stability. 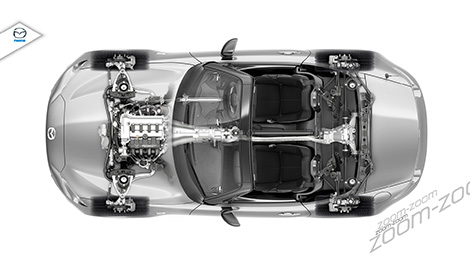 In keeping with the award winning blend of simplicity and fun that has made the MX-5 so popular, the engine of the all new MX-5 has been moved rearward of the front wheels, making this the first ever front-mid-engined MX-5, with equal weight distribution between the front and rear of the car. Combining this with its lowered centre of gravity, the driving experience offered by the New MX-5 should be second to none.

Inside the new model, buyers will get a more upmarket interior than before, with better-quality materials and a touchscreen display to control many of the car’s functions. 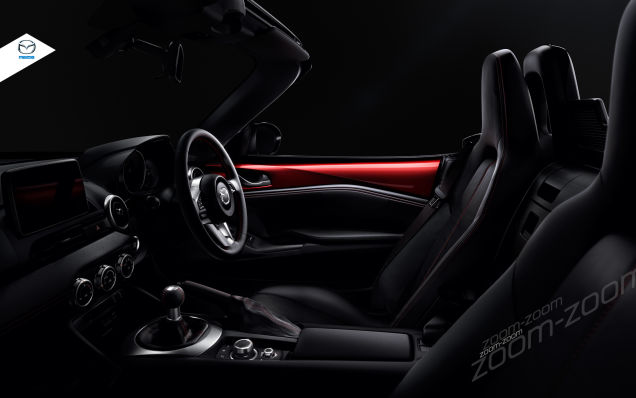 The standard car will come with a fabric roof, and while Mazda has not confirmed whether it will release a retractable hard-top version of the new model, it’s highly likely given that 80 per cent of previous-generation MX-5s were sold with this feature.

The All New Mazda MX-5 is expected to be released for sale in Europe in Spring 2015, with pricing details revealed nearer the time.

Cant wait until the New MX-5 hits our showrooms? Prefer the Mazda MX-5 25th Anniversary Limited Edition model? Or fancy an approved used MX-5? Drop into our dedicated Mazda showrooms at Bookham, Surrey and Orpington Kent for a test drive, or click to view our used MX-5 stock.