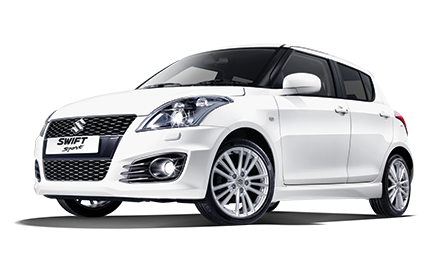 The Suzuki Swift range is set to get an upgrade in 2015 with a new “Dualjet” 1.2 litre petrol engine, which will see significant increases to fuel efficiency and CO2 emissions.

The Suzuki Swift Dualjet engine, is set to average 65.7mpg, in comparison to the current 1.2 litre petrol engine which currently averages 56.5mpg.  That’s a fantastic 16% improvement in fuel consumption.

Another benefit of Dualjet technology is reduced CO2 emissions of 99g/km, (current emissions are 116g/km), meaning that Swift models with this engine are now exempt from Vehicle Excise Duty. 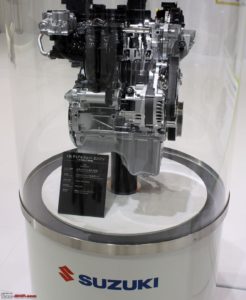 These improvements have been achieved by a number of engine upgrades by Suzuki. Firstly, rather than just one fuel injector per cylinder, the new Dualjet engine will have 2. That means that each of the eight intake ports in the 16-valve engine gets its own injector, rather than the two intake ports of every cylinder having to share one, resulting in more precise control and finer fuel atomisation.

Using an injector per port also means that the injector itself can be positioned closer to the back of the intake valve, further improving atomisation and delivering additional efficiency gains.

The piston crowns have also been modified with a slight bowl shape to achieve higher air turbulence inside the cylinder, and the pistons have cooling oil jets to help reduce internal temperatures. Additionally, a new type of Exhaust Gas Recirculation (EGR) system is used which helps avoid abnormal combustion or ‘knocking’.

The new Dualjet technology for Swift will initially be available as an optional engine choice on SZ4 two-wheel drive models and is expected to cost around an additional £500.