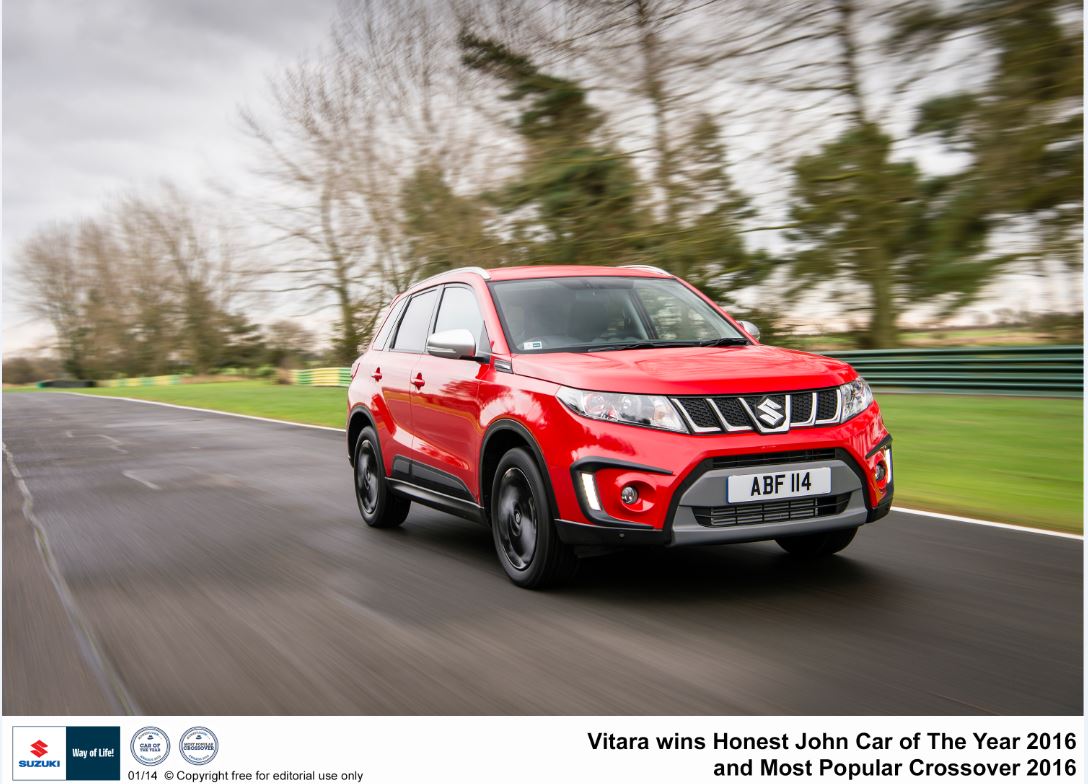 The Suzuki Vitara has recently been voted overall winner of the Honest John Awards 2016. The Suzuki Vitara snapped up top spot as “Car of the Year” and “Most Popular Crossover” as voted by Honest John readers, where the new car review pages received over 2.27 million views between April 2015-April 2016.

Since launch, just 12 months ago, the Suzuki Vitara has proved a hugely popular crossover car, combining stunning design and rugged good looks. With the entry level price of £13,999 and available with 2.9% APR Representative, the Suzuki Vitara represents real value for money.

Suzuki introduced the 1.4-litre Boosterjet S model in January 2016 which provides a more sporting and dynamic character to the Vitara line up. It was this new model that further increased the high popularity of Vitara amongst the Honest John readers.  Additionally, the informative and light hearted Vitara video made by honestjohn.co.uk last year is their most popular review to date, having been viewed over 250,000 times. 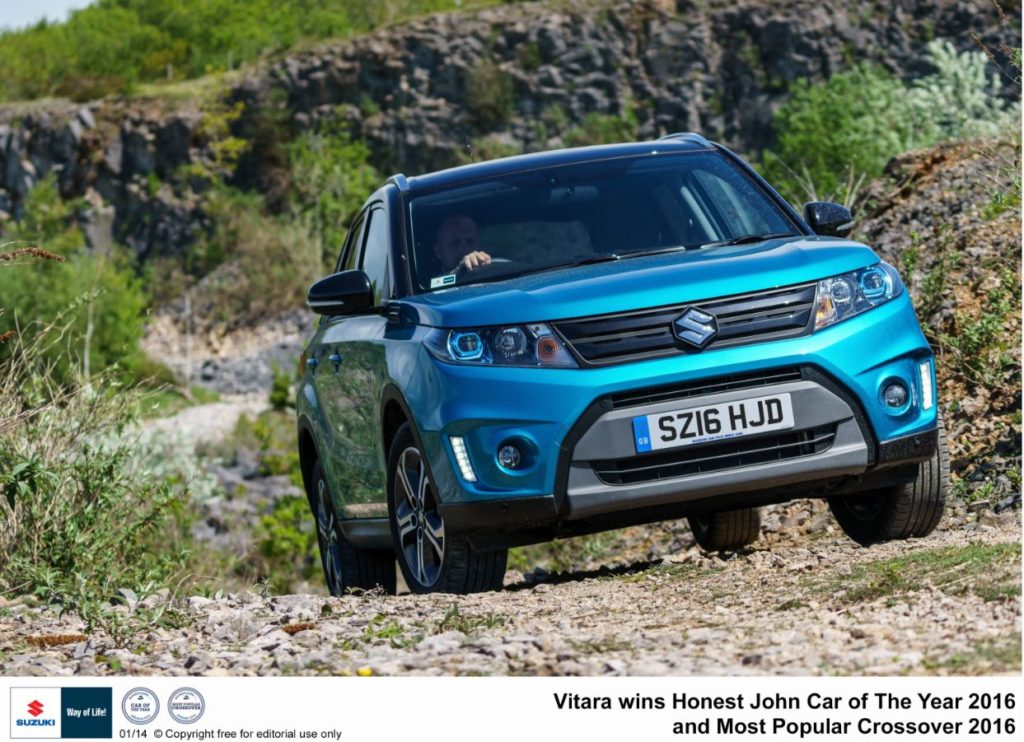 Commenting on the awards, Daniel Harrison, editor of honestjohn.co.uk, said: “Our readers tell us that they want cars that are practical, well built and honest when it comes to fuel consumption.  Vitara offers all of that with a dash of style and sense of occasion. It’s no surprise that it’s been such a hit on the site. The addition of the state-of-the-art Boosterjet petrol engine earlier this year was the icing on the cake and another reason for us to recommend what is a great all-rounder. This has been the most popular car of the past 12 months with our users and, from the feedback we’ve had so far, it has every reason to be our Car of the Year.”

Dale Wyatt, Sales and Marketing Director, Suzuki GB PLC, added: “This really is a fantastic achievement for us at Suzuki; our compact and lightweight SUV is proving to be really popular on the roads now with 10,000 sold since launch last year. It’s great news for us that so many of our customers have voted for it on honestjohn.co.uk.

Vitara is available from £13,999 for the 1.6-litre SZ4 model with manual transmission, the SZ5 model is available with either a 1.6-litre petrol or 1.6 diesel engine and offers ALLGRIP four wheel drive as an option. The 1.4-litre turbo-charged S model offers ALLGRIP as standard equipment.

The Vitara is rated one of Europe‘s safest cars according to independent crash testing results from Euro NCAP, and received the maximum 5-star rating. Vitara was also the first compact SUV to earn five stars in the more rigorous 2015 Euro NCAP testing programme which reinforces the exemplary level of safety of the model.

For more information on the new Suzuki Vitara or to arrange a test drive, speak to a member of our sales team or visit our Suzuki showroom in Effingham Surrey.