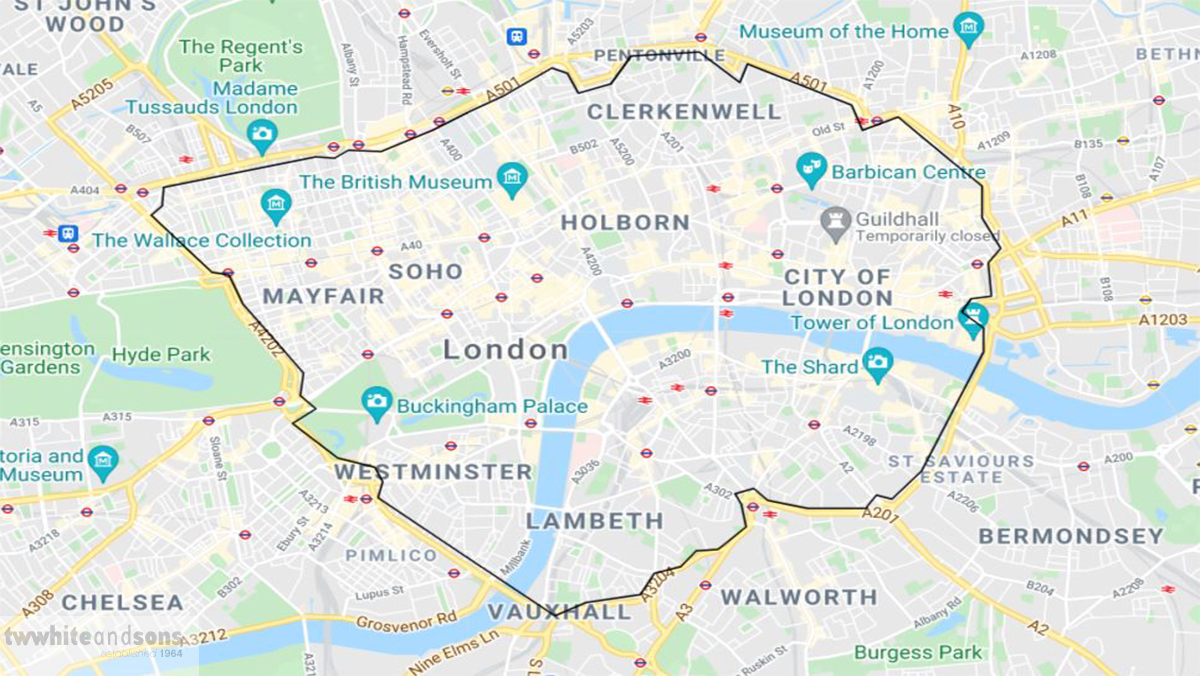 The Ultra Low Emission Zone (ULEZ) in central London was introduced in April 2019. The ULEZ enforces a fee on certain vehicles driving through the designated area based on the manufacturer’s declared emissions levels. Essentially, any car, motorbike, van, bus, coach or lorry used in the ULEZ zone must meet the minimum ULEZ emissions standards or pay a daily charge.

The scheme was set out to reduce air pollution levels and carbon emissions from concentrated, large volumes of road traffic. While significant progress has been made since the launch, ULEZ has helped reduce the number of polluting vehicles in central London by 17,400 per day. As a result, the Mayor of London has announced plans to expand the ULEZ, which will come into effect in October 2021.

Aside from the expansion plans, the current operation times, vehicle criteria, charges and exemptions remain the same. So, to help you understand the changes, we’ve put together this short guide.

What and where are the upcoming ULEZ expansion changes?

As illustrated in the map, the ULEZ currently covers the same area as the Congestion Charge, which is most of central London, including the City and Westminster areas and the City of London.

To find out if your journey or destination lies within the ULEZ, Transport for London have created a postcode checker where you can enter the street name, postcode or landmark when planning your journey.

Road signs have also been put up, signalling to drivers when entering the zone and third-party GPS applications alert drivers. There are no barriers or toll booths; instead, cameras will read your number plate as you drive within the zone and check your vehicle against a database.

What hours does the ULEZ operate?

The ULEZ operates 24 hours a day, 7 days a week, every day of the year except Christmas Day.

The ULEZ charge is not to be confused with the Congestion Charge, which operates between 07:00-22:00 every day of the year, except Christmas Day.

What is ULEZ compliant, and what are the emission standards?

In 1992 the European Commission imposed emission regulations on vehicles to protect air quality and reduce greenhouse gas emissions. As a result, car manufacturers wanting to sell their cars within the EU member states must meet the acceptable limits of exhaust emissions.

An example of a Euro6 compliant engine.

Euro 6 is the current guidelines, introduced in September 2015, with which manufacturers must comply. The aim of Euro 6 is to reduce levels of harmful vehicle exhaust emissions, both in petrol and diesel engines, by requiring the best technology available.

Which vehicles are affected by ULEZ?

The ULEZ emission standards use the Euro 1 – 6 rating system to determine which cars will have to incur the daily charge:

All the above vehicles need to meet Euro 3 (NOx)

Vans, minibuses and other vehicles affected by ULEZ

Vehicles included under this category are:

All vehicles in this category will need to meet Euro 6 (NOx and PM).

For ease, Transport for London has an online vehicle checker where you will be able to find out if your vehicle will be subject to the ULEZ charge or not.

Which vehicles are exempt from ULEZ?

Which drivers are exempt from ULEZ?

There are several exemptions in place for Londoners, drivers and vehicles. Terms and conditions can be found on the Transport for London website:

How does ULEZ impact Mazda and Suzuki vehicles?

Whilst this is specifically an EU regulation, countries outside of Europe such as Japan have complied with these European regulations and the associated mandates for cleaner, efficient engines.

Mazda have introduced both SKYACTIV-D Diesel and SKYACTIV-G petrol engines, which are available across the entire new Mazda range and exceed Euro 6 emissions standards. Therefore, complying with the ULEZ standard.

What are the ULEZ charges?

If your vehicle does not meet the requirements of ULEZ, the daily charge is:

This daily charge is in addition to the Congestion Charge if you drive in central London as well.

If you drive within the ULEZ area across two days, you will need to pay two daily charges. The charges apply to any journey short or long when entering the zone. However, if you are parked within the zone but do not drive, you will be exempt from paying the ULEZ charge.

How to Pay ULEZ? Penalty if you don’t pay?

There are several ways to pay for the charge incurred: Auto Pay, TfL Pay to drive in London app, or over the phone. However, it is recommended to avoid paying through unofficial websites, which may not be secure and mislead you.

Any driver has up until midnight on the next working day after the first day of travel to pay the charge; otherwise, a Penalty Charge Notice for ULEZ will be issued. Fines will vary depending on the vehicle.

If you have any questions about your vehicle and ULEZ, please feel free to get in touch with a member of our team at T W White and Sons who will be delighted to assist.