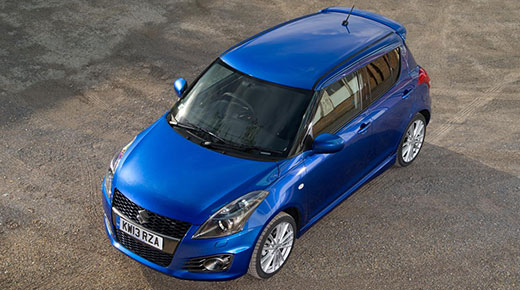 Suzuki Swift gets facelift for Frankfurt 2013

Suzuki has facelifted its amazing Suzuki Swift supermini range for the 2013 Frankfurt Motor Show, and along with the fresher looks, the Japanese carmaker has added two new models to the range as well.

We’ll focus on the two new models joining the range for the minute – the Suzuki Swift 4×4 gains all-wheel drive as well as 25mm more ground clearance and some underbody protection front and back. 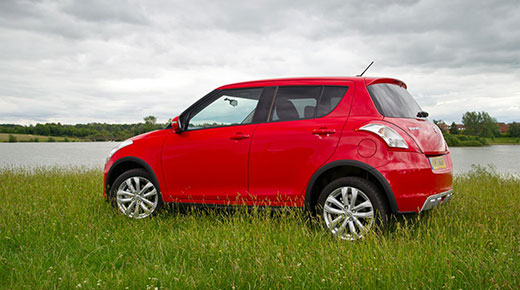 Drawing on Suzuki’s extensive four-wheel drive experience from its Suzuki Jimny, Suzuki Grand Vitara and, most recently, its Suzuki SX4 S-Cross crossover models, this should help if you bash important oily bits on rocks and ruts.

The new Swift Sport model features the same great engine as the regular car, just with two more doors meaning this hot hatchback offers even more practicality if buyers need it. For those focused on looks, the three-door is still available, of course. 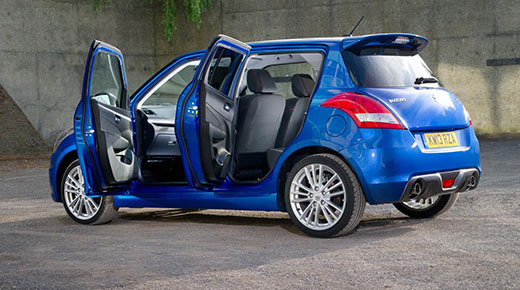 The updated Suzuki Swift range receives some styling refreshments, according to Suzuki, giving the firm’s supermini and even fresher, sportier look with a new front bumper and grille, featuring a pair of silver inserts, and a new LED third brake light at the rear.

The Suzuki Swift 4×4 looks even more rugged, with that extra protection front and rear, as well as black wheel arch extensions and black side skirts, reinforcing its off-road credentials. 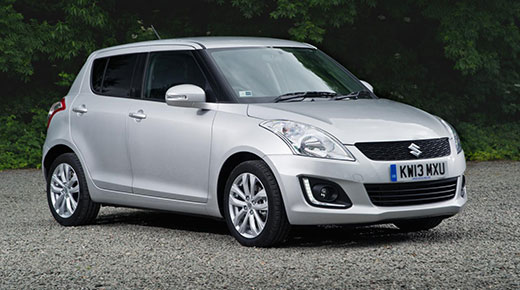 Impressively, the new Suzuki Swift is even more efficient, thanks to an update range of engines – the 75hp 1.3-litre unit returns 72.4mpg with just 101g/km CO2.

In the sporty corner, the Swift Sport five-door gets the same peppy, rev-hungry 136hp 1.6-litre four-pot petrol motor, which propels the even more practical Swift Sport from 0-62mph in a scant 8.7 seconds.

The Suzuki Swift is famed for its value for money – and nothing’s changed with the facelifted version. The Japanese carmaker has confirmed the updated range will be priced from £8,999 as part of Suzuki’s extended VAT-free offer. Great news.

The Swift 4×4 range starts from £13,819, while the five-door Suzuki Swift Sport is priced from £14,249 – an extra £500 on top of the existing three-door variant and not much more given the added flexibility. 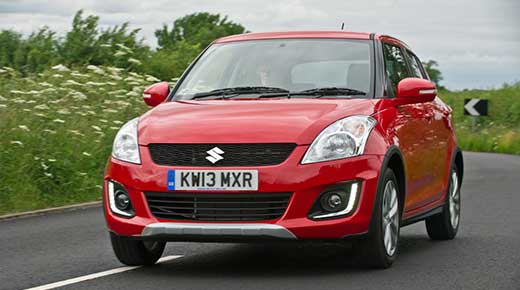 This Suzuki Swift 4×4 is pretty special, too, as there aren’t many supermini-sized all-wheel drives around. In fact, it’s only real competition is the Fiat Panda 4×4, and at £14,995, the Suzuki undercuts the Italian car by a big chunk – over £1,000.

Inside, the Swift range is just as strong, with a new design for the seat fabric –ergonomically, it’s still great; the driving position is good and the cabin nice and roomy up front.

The amount of equipment available as standard is seriously impressive, too. The SZ4 grade gets Bluetooth, cruise control, climate control, automatic headlights, keyless entry and go and iPod connectivity all fitted as standard – all features you’d expect from a big executive saloon car, cementing its excellent value for money. 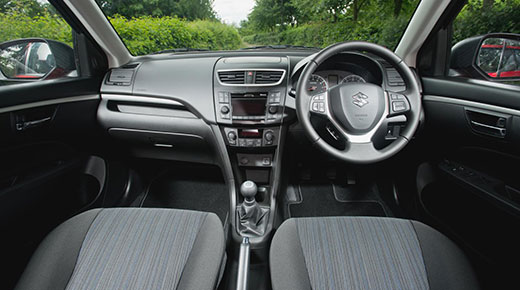 What do you think of the updated Suzuki Swift’s looks? Do you like the idea of easier access and more practicality in the Sift Sport’s amazingly agile chassis? Maybe the thought of a super-capable four-wheel drive Suzuki Swift for the winter is rather appealing?

Why not let us know on Twitter @twwwhiteandsons, or get involved on our T W White & Sons Facebook page.