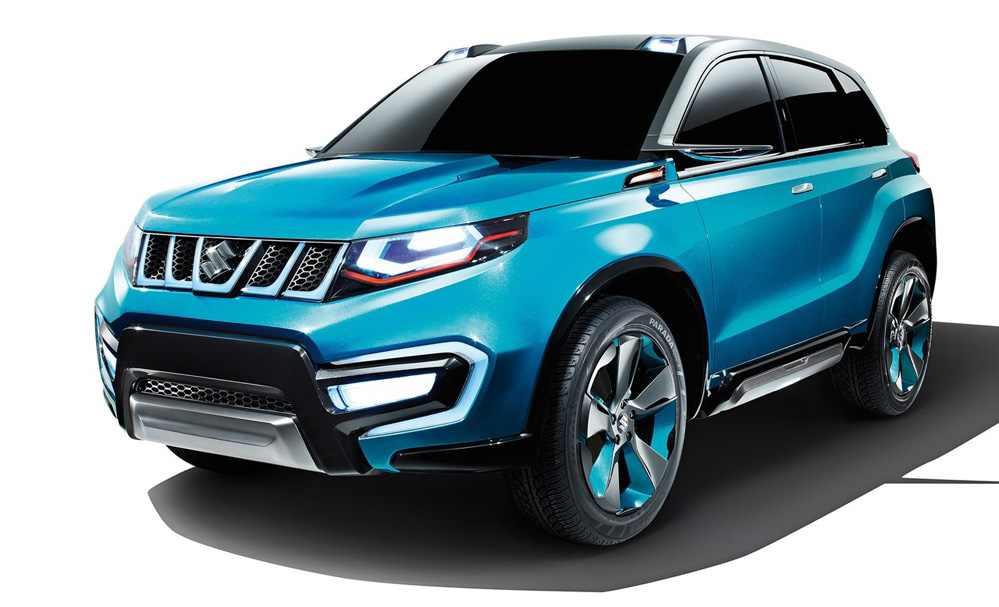 Suzuki are adding a new string to their bow in the form of a small sports utility vehicle (SUV). The all-new Suzuki Vitara, which was unveiled at the 2014 Paris Motor Show, is set to take the crossover sector by storm with its grown-up looks and distinct styling.

Suzuki’s model line-up has traditionally included SUVs. This new five-door model marks the return of the famous Vitara, produced by the Japanese brand more than 25 years ago. But how is this one different?

Suzuki set out to create an SUV for the present day, and they certainly have achieved this by creating a car that is light in weight and boasting amongst the lowest CO2 emissions as well as outstanding fuel economy in its class. Besides being eco-friendly, the 4×4 model will come with optional ALLGRIP intelligent four wheel drive‎ with petrol and diesel engines. This revolutionises their current SUV model line-up by transforming it into a modern car that effortlessly combines attractive design and off-road performance that goes beyond the typical city SUV. 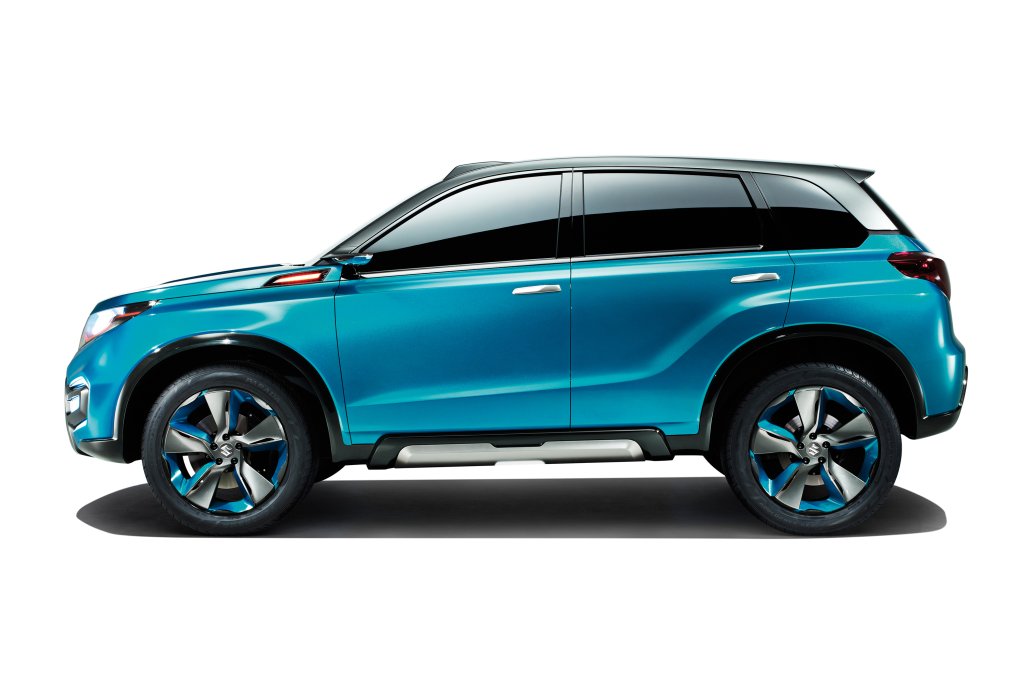 This mid-sized crossover is the first model embodying the new iV-4 concept, designed to be personalised, so that customers can turn it into a car which fits seamlessly into their lifestyle.

This flagship model is set apart by its eye-catching exterior design, which builds on the current rugged styling with additional striking lines, creating a sleek and attractive body. And it’s every bit as tough and robust as any SUV should be, truly empowering it’s driver to “Grab your field”.

This model remains true to Suzuki’s traditional SUV design concepts by continuing with straight, sleek lines, clamshell hood and five slotted front grille. Additional touches such as the distinctive kicked-up character lines on the sides, the fog lights with built-in laser sensors on the roof and the illuminated grille all create a futuristic feel. Large, chunky tyres hint at the powerful road performance of this solid SUV. 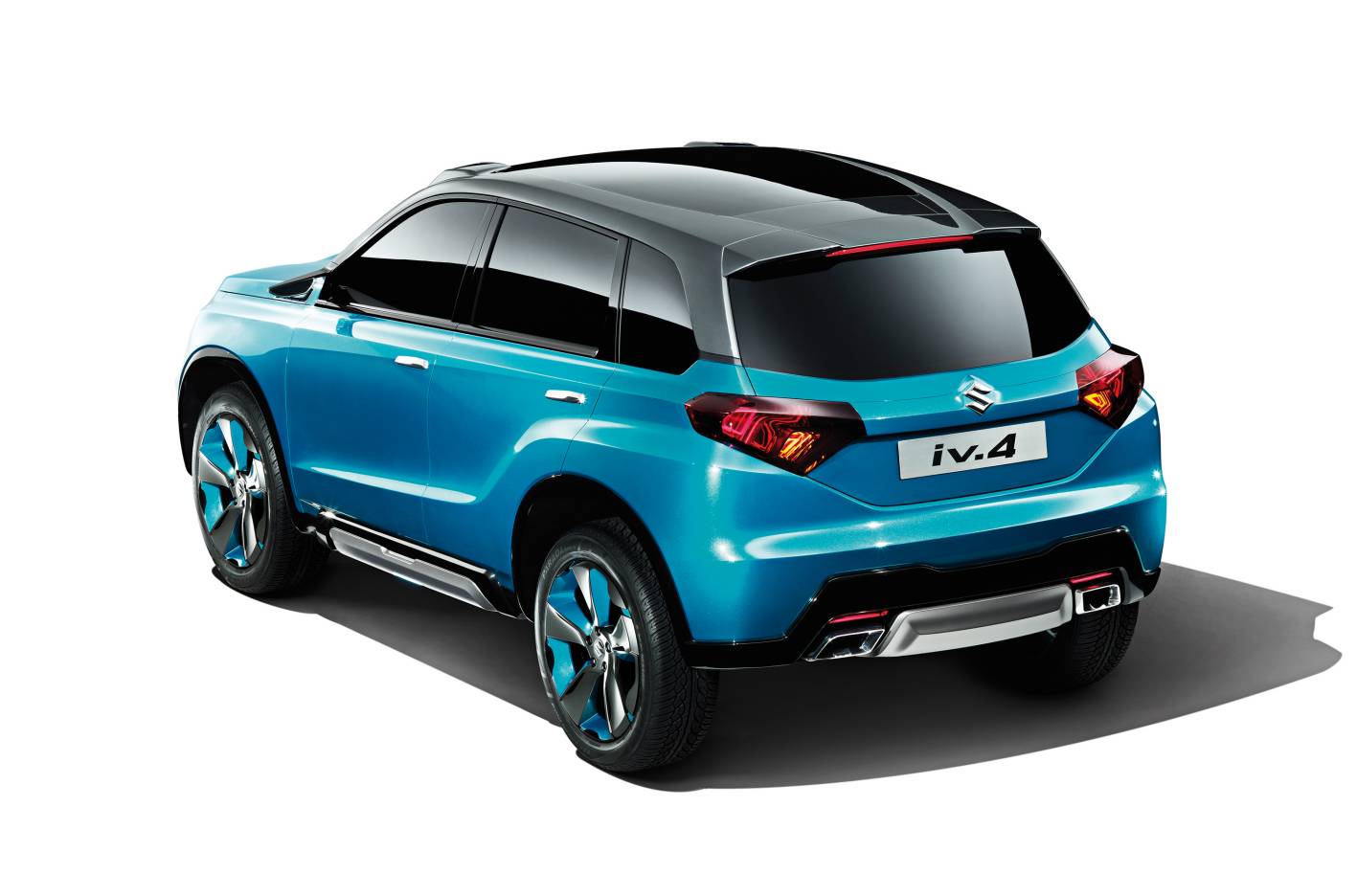 Setting the tone of “personal designs” for the next generation of Suzuki models, customers are able to personalise their car by combining various colours and trims to create a striking and unique car.

Perhaps the most eye-catching of the Suzuki range, this model introduces a two-toned paint effect with blacked out window pillars, creating the illusion of a floating roof. The Brilliant Turquoise Metallic is set to be the most popular colour choice, which was specifically produced for this model, creates striking impression with its intense gleam and brightness.

To wrap it up, this new model will have a striking road presence with distinctive design. Due to go on sale in Spring 2015, further specification and pricing details to be revealed in the coming weeks so stay tuned.