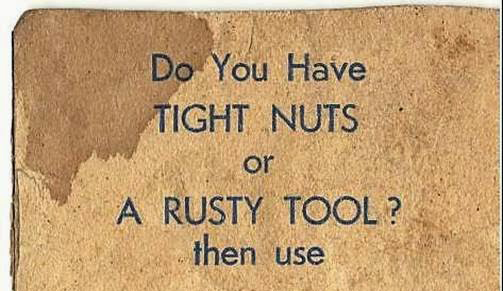 This was a great find on the internet earlier – A 1964, WD-40 print advertisement full of sexual innuendo. 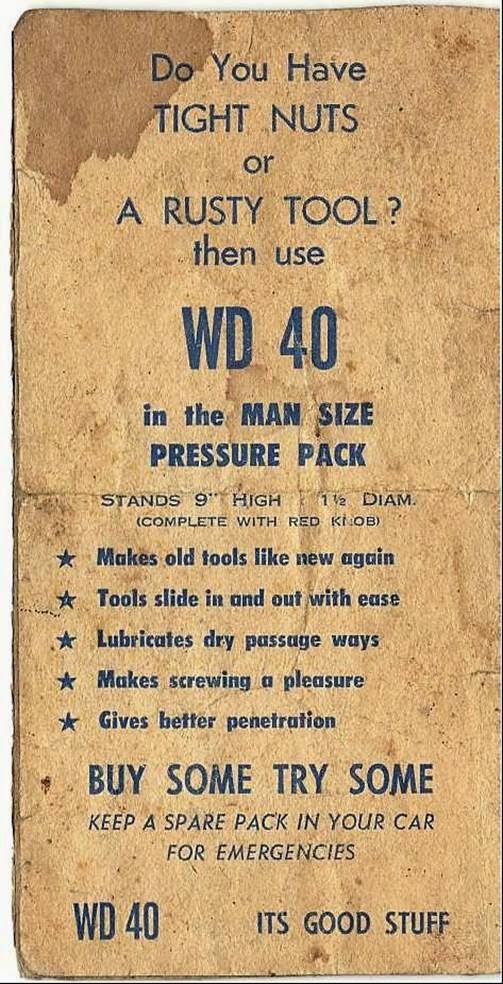 After a little research, we found that this picture was first seen circulating on the internet in November 2014.

Sadly, this supposedly “First release” printed advertisement does not match up with WD-40’s actual timeline. The WD-40 product was made commercially available in San Diego in 1958, eight years before.

There are also several aspects of the advertisement that shout out fake. First, we could only find this image of the advert; if the ad were genuine, there should be more than one photograph documenting its existence. Secondly, While the paper advertisement appears old and crinkled, the lettering remains straight, indicating the text is probably nothing more than a digital overlay placed onto an “old wrinkled page” background image, an easy task for a photoshop whizz. Finally, the image describes the product as “WD 40” when its name is, and always had been, properly rendered as WD-40 (or WD*40), and the biggest give away is the reference to a “red knob” that wasn’t yet a feature of the product in 1964. (the distinctive red cap that we all associate with cans of WD-40 today was originally black).

Genuine or not, this gave us giggle in the office and a nice bit of FREE advertising for WD-40.