Stay on the right side of the law with our guide to motoring legislation, which contains penalties for careless driving, including middle lane hogging.

First-time offenders can opt to go on a driving course in lieu of the fine and penalty points and you can, of course, still challenge the decision to prosecute in the courts.

How to avoid committing a driving offence

The current legislation, which brings the penalties for careless and inconsiderate driving in line with similar non-motoring fixed-penalty offences, encompasses a range of offences, so here’s our guide to avoiding a fine for being a discourteous driver.

Stay in the appropriate lane

The first tip is a simple one that many get wrong. Do not travel in the middle or outside lane unless you are overtaking another vehicle. If you imagine a three-lane motorway, the lane on the far left (which we will call ‘Lane 1’) is the lane you should use to travel in. The middle lane (‘Lane 2’) and the outside lane (‘Lane 3’) are only there to give you an opportunity to overtake slower moving traffic. Once you’ve overtaken the slower traffic you should pull back into Lane 1 as soon as it is safe to do so. This simple rule will stop any doubts of middle lane hogging.

The second tip is to avoid those last-minute lane changes to gain an advantage. The Highway Code is clear as to what lane you should be in when, for example, approaching a roundabout. Despite this, we’ve all seen drivers swoop up a clear lane before switching at the last minute to avoid queuing in the correct one.  The tip here is easy: follow the highway code and use the left-hand lane when you are turning left or going straight on at a roundabout and the right-hand lane when you are turning right, unless the road markings indicate otherwise.

Drivers who cut into traffic queues at road-works, accidents, and on motorway exits to avoid queuing will risk a fine and penalty points too. Of course, queuing is unpleasant, but it’s a necessary evil and it is what the British do best!

‘Zipping’ (where two lanes merge; the idea is that each lane takes it, in turn, to go into the single lane, like the teeth on a zip) at road-works and lane closures is still the best way to deal with congestion at pinch points. This is, however, becoming frowned upon by other motorists, even though it’s the most efficient way for queues to merge.

It’s up to you to judge how far to push it but unless you are deliberately evading a queue, you won’t be at risk of a fine from the police. Other driving manoeuvres that leave you at risk include handbrake turns and spinning your wheels needlessly when pulling away, driving too close to the vehicle in front, and failing to give way at a junction. 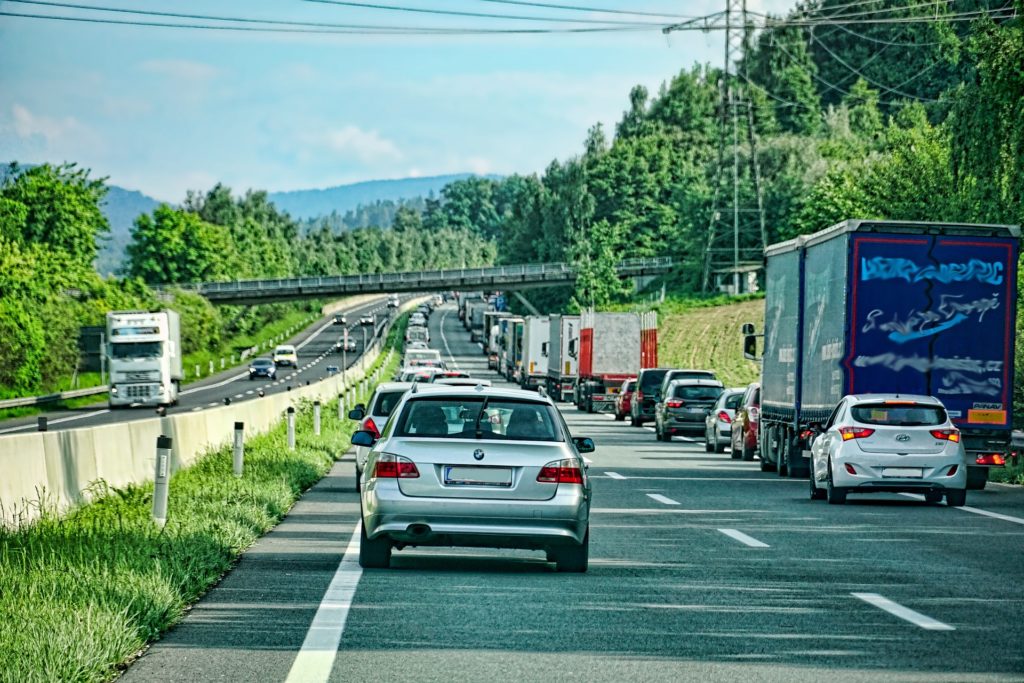 Whether it’s for middle lane hogging or not giving way, if your being signalled to pull over, just pull over promptly, as soon as it is safe to do so. Failure to do so straightaway will trigger thoughts of a car chase in the police’s mind. Odd’s are the police will be wanting to educate you and send you away safely rather than persecute you. It’s important to remember the police are there to do a job and most police officers will do so fairly and openly.

Have you ever been caught middle lane hogging? Or have any past experiences to share? Let us know on our social channels! We are @twwhiteandsons on Twitter and Facebook. Check out our blog for more content as well!

The all-new Mazda MX-30 is an all-electric vehicle (EV) which operates on a 35.5 kWh battery that is fast, flexible and straightforward to charge at home or on the go, an exciting evolution of the traditional internal combustion engine, which is an affordable and sustainable way of driving. With conventional vehicles typically using petrol or […]

Many drivers are still put off using cruise control, despite it coming as standard on an increasing amount of new cars. Cruise control is a great feature that can take the stress of long journeys and worry of speeding away from the driver. In this guide, we will explain everything you need to know about […]

Stay on the right side of the law with our guide to motoring legislation, which contains penalties for careless driving, including middle lane hogging. Middle lane Hogging In recent years there have been numerous cases of the public being fined for middle lane hogging. In more extreme cases, a man in West Yorkshire was given […]